In the RRT determined the winners on 53 posts 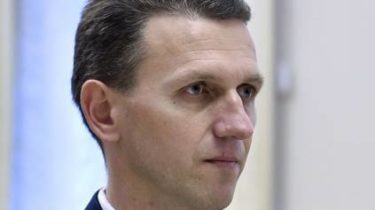 In the RRT determined the winners on 53 posts

They will be appointed after passing a polygraph test.

This is stated in the message of the RRG on Monday, August 20.

All winners will be psychophysiological investigation using a polygraph, and special inspection by state authorities. Based on these data the decision will be made regarding the appointments. All interviews were conducted with 485 candidates that applied for 56 positions.

Seven people: the head of the RRG called the number of candidates for posts in the new body

“In fact, in one place claimed by 8 candidates. The competition is complex and covers the seven territorial administrations which should earn together with the Central office of the State Bureau of investigation”, – said the Director of RRT the novel Tube.

In the NSDC has denied the influence Turchinov on the decision of the Commission, which chose the leadership of the RRG

Recall, 17 November 2017, the Commission decided on the Chairman of the State Bureau of investigation. He was the former head of the Department for investigation of particularly important cases of the Prosecutor General Roman Pipe. Prosecutor General Yury Lutsenko predicted that at full power, the Bureau will work only at the end of 2018.

The state Bureau of investigation