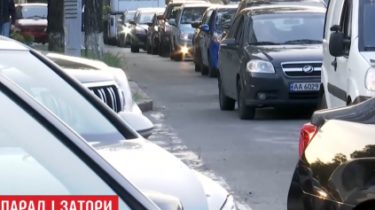 Drivers of traffic restrictions signs on the road warn.

In Kiev on the eve held a regular rehearsal of the military parade for Independence Day. While the centre was engaged in aviation, and on Khreshchatyk were military vehicles, the city stopped in traffic. The police began to block the main path without warning and long before the beginning of training. So, entrances to Khreschatyk blocked in half of the fourth day. Drivers idle on the roads for several hours. Usually in civilized countries, even such large-scale measures are not the cause of traffic jams.

Police blocked the key road. But how to travel around the centre and how long to be stuck in traffic, nobody knows.

Journalists in Paris saying, if French drivers stuck in these traffic jams, we broke out the scandal. As in Ukraine there are also traffic jams, because of the celebrations, or repair of roads. But for several hours no one chimes in. Because everything warned in advance. And not only through media, most importantly on the road – the yellow-blue signs with the explanation of purpose and duration of the works. And this is the norm for civilized countries. Here are the calendars of repairs for a year with the start and end dates. And allow people to plan their movement and time. Even in the subway announce in advance, for the week, repair the better plan an alternate route.

Parade and tube. In Kiev on the eve held a regular rehearsal of the military parade for Independence Day. While over the center of the exercised aircraft and the Kreshchatik was military equipment – the city stopped in traffic. The police began to block the main path without warning and long before the beginning of training. 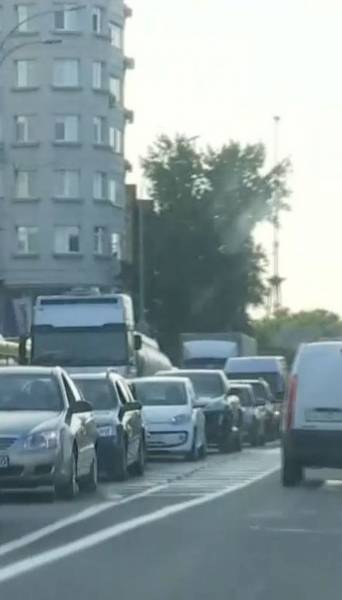 Traffic rules in Ukraine differ from the French. But for some reason the ambulance rushing through the traffic jam in the opposite lane. And drivers out of the traps on the sidewalks. On the ceiling in Kiev – no warning signs.

Once in the sky over the center of the capital appear helicopters, many drivers change in sentiment. Say, for such events as a parade can be forgiven. But to endure traffic jams would be easier if about the annual event not only warned on the website of city government.

Following the preparation for the celebrations scheduled for August 22. And actually the parade will be held on August 24.