On the waterfront in Kiev BMW flew into parked cars 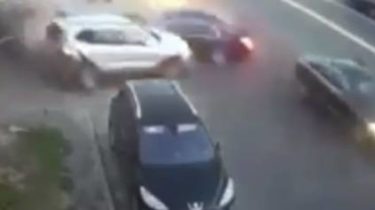 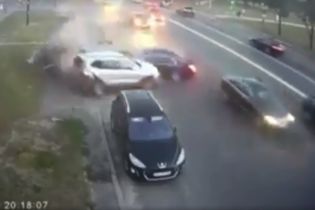 On the waterfront in Kiev BMW flew into parked cars

According to preliminary information, has done without victims.

In the capital on the Dnieper embankment was a large-scale accident. There is a BMW car at high speed crashed into four other cars.

The accident occurred at about 20:20 on Monday evening, August 20. Machines that suffered from BMW was parked. According to preliminary information, the victims in this accident no.

The incident was caught on surveillance cameras and recorders, drivers, the video has already been published on the Internet. It shows that the car moved with considerable excess of speed and sharply maneuvered on the road before I crashed into the car, standing on the sidelines.

The night of the accident in Kiev: the Taxi driver in the car which died a passenger is suspected of drug use

As reported, on Sunday evening, August 19, Novoilinskoe highway near Kiev was a terrible accident, which killed four people, three more were in the hospital. According to preliminary information, a Suzuki SUV was driving from Irpin and Citroën was moving towards him. Suddenly the driver of the Suzuki decided to turn in two solid stripes. The driver of Citroën at high speed flew into the SUV in the side.