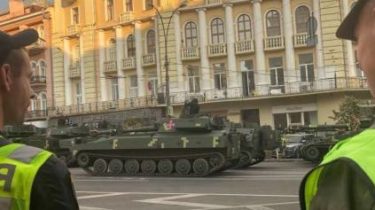 For the parade on Independence Day and other festivities around the city will be difficult.

While holding in the capital of solemn and festive events to the Day of State Flag of Ukraine and the 27-th anniversary of Ukraine’s independence in Kyiv on August 23-24 accommodate temporary changes of traffic. This reports the press service of Kyiv city state administration.

In particular, from 07:00 on 23 August to 18:00 on 24 August will be banned the movement of vehicles during installation and dismantling of the structures necessary for the conduct of track and field athletics run “the Race in embroidery” on rusanivsky Boulevard.

Because of blocked Central streets stopped all of the capital. Drivers are not allowed to Park in areas at the center, where there was heavy machinery. On the Independence Maidan is preparing for a military parade for Independence Day. 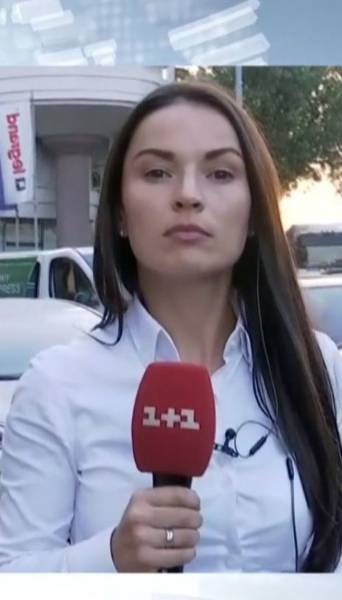 August 23 from 07:00 until the end of the event will be closed to traffic on Khreschatyk street (from the street Bohdan Khmelnytsky to the alley of Heroes Heavenly Hundred) during the ceremony of raising the national Flag of Ukraine near the administrative building of the Kyiv city Council.

24 August from 06:45 to the end of the event temporarily restrict movement:

24 August from 14:00 to the end of the event will prohibit traffic on the street (on a site from street B. Hmelnitskogo to the b-EN Shevchenko) during sports-presentation of the campaign “Ukraine is United”.

From 24:00 on 23 August to 03:00 on 25 August will prohibit traffic on the street. Ivan Mazepa (from street Moscow to St. Michael Emelyanovich-Pavlenko) during the preparation and conduct of festive events on the occasion of the 27th anniversary of independence of Ukraine and the street food festival.

Independence Day, public transport will work longer, and traffic on many streets will block

Also on 24 August, during the celebrations in the Central part of the city will be temporarily restricted traffic on the European square, independence square, Khreschatik of street, the street, the alley of Heroes Heavenly Hundreds, the street (in the area from vul. To Olginskaya str. Mulberry), Olginskaya str, street Architect Gorodetsky str. (the area from mulberry street to European square), the Vladimir descent (the area from the European area to Boricheva descent), Peter’s alley, Park, square, monument, street street street Lutheran, kruglouniversitetskaya street Shevchenko (on a site from street Pushkin to Bessarabia square), B. Khmelnitsky street (from Pushkin’s street to Khreshchatyk street), the street (Pushkinskaya str to str), Mikhailovskaya St., Basseynaya street (from Esplanade St. to Bessarabska square), street of Darwin, a Steep descent.

In addition, on August 22-24 will not work the Parking lot on the street (from Bessarabska square to European square), on the Boulevard of Lesya Ukrainka (in both directions), Vladimirsky passage, Khreshatyk street, riverside road, Park road.

Temporarily at the time of preparation and holding of festive events will be changes in the operation of urban passenger transport, which runs the venue.