More than two dozen fighters flew in a special flight.

To Odessa by air special flight today brought the wounded from the Dnieper. 24 fighters severe injuries in the last two weeks, in different areas of the Donetsk and Lugansk region, said in TSN.16:45.

The critical state they were taken in the Dnieper military hospital – that’s closer to drive fighters from the temporarily occupied territories. In the future, they will be treated in the Military medical clinical center of South region.

Doctors recognize that such a large number of wounded also was not delivered for almost two years. Three military was immediately taken to the intensive care unit. Hospital volunteers say they need help caring.

“Should definitely buy a titanium plate. Major injuries – this fragmentation, mine and explosive injuries, some of the guys a concussion. Two boys are in ICU, one to undermine anti-tank mines, and the second fragments of damaged whole body,” – said a volunteer of the Odessa military of hospital Andrey tantsyura.

We will remind, on August 21, the Donbas militants carried out 24 attacks on Ukrainian positions. Four of the weapons banned by the Minsk agreements.

24 fight, a condition which is stabilized in the Dnieper military hospital, to be treated in the military medical clinical center of South region. This number wounded one plane to Odessa was not delivered for almost 2 years. To the clinic from the airport, they were transported 7 coaches soon. 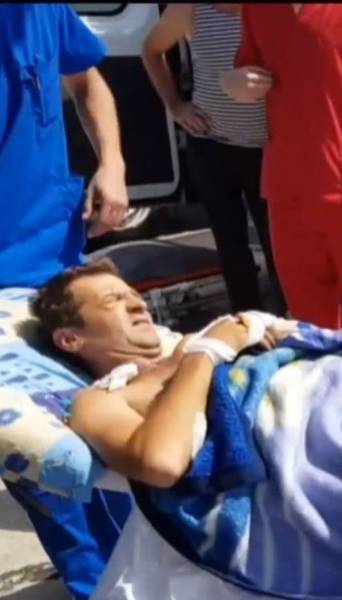