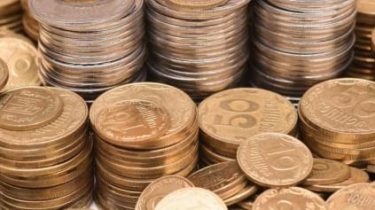 The government adopted a medium-term management strategy the state debt of Ukraine in 2018-2020. During this time, he needs to decline from 61.5% of GDP to 49% to the average of developing countries.

The decision on the new strategy was adopted at the Cabinet meeting on August 22, reports “Economic truth”.

“Our national debt is approximately eight years. External debt is 6.2 years, inner – for about 10 years. We need to extend, make more uniform, not to prepare for peak payments, as in the following year. The strategy seeks to achieve in the next year at 52% of GDP by the end of 2020 – no more than 49%”, – said the acting Minister of Finance Oksana Markarova.

The document debt management strategy will be public and it will be posted on the website of the Ministry of Finance.

“Public debt has decreased to 61.5% of GDP at the end of 2017. Now we see a decline to more healthy levels by 60%. We compared the debt with country counterparts to understand where we are. The experience of other countries shows that 49% is the level of developing countries. The leading countries are around 40%,” said Markarov.

It should be noted that in monetary terms, the national debt is only growing. At the end of 2017, it amounted to 65.3 billion dollars, and at the end of June this year to 66.1 billion.

In the structure of the debt ratio of internal to external debt in Ukraine is dominated by external in comparison with the countries-analogues.

“If the leading countries the main source of borrowing is the domestic market, we have to 56.7% – external borrowing. From whom we borrow? 26% of borrowing from international partners. It is a preferential debt on very favorable terms. Domestic debt amounted to 36% in UAH, 7% in foreign currency. Almost a third of this debt – the bonds that we issued for the capitalization of state banks,” said Markarov.

Meanwhile, Prime Minister Volodymyr Groysman explained why the need for new loans from the IMF and the Ukraine threatens to failure to pay debts.

Ukrainian Pravda
,
The Ministry of Finance of Ukraine