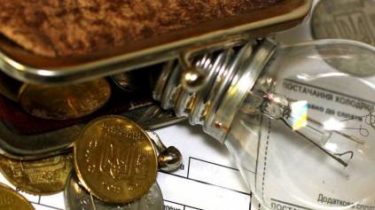 From July next year in Ukraine will start to operate new electricity market.

Following the increase in tariffs for electricity for the population could place no earlier than a year from July 2019, when it will be launched on a new market.

This broadcast of “Radio “New time” said the Chairman of the National Commission carrying out regulation in the energy and utilities (NKREKU), Oksana Krivenko.

“Until July we substantial changes substantial increase in tariffs for electric power are not expected, but for domestic consumers, the tariffs will remain unchanged,” – said Krivenko.

“Ukrenergo” will increase the tariff for electricity transmission

By that time must implement the new electricity market. Then maybe the price increase.

“Given the fact that we have a large concentration of large generating companies in the electricity market, and indeed may increase since July of 2019,” – said Krivenko.

She recalled that in the new electricity market will be free pricing for the consumer.

Recall that in mid-April 2017, the Verkhovna Rada adopted the law “On electricity market”. According to one of the authors of the document, MP of the lion of Ponticello, this law will lead to the fact that in the segments of electricity generation and its supply to end consumers occur and the competitive environment that will force producers to increase their efficiency and bring the market inefficient generation. This writes UNIAN. The introduction of the new electricity market will also allow people to choose different electricity suppliers. To launch the new model market in mid-March 2018, the national Commission adopted a package of secondary legislation. According to the documents, the first electricity trading in five newly established segments of the market should start from 1 July 2019.