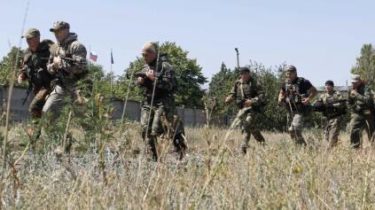 Another seven Ukrainian soldiers were wounded.

On the morning of August 23, Donbas militants tried to seize the positions of Ukrainian military in the Crimea on Bakhmutskaya route.

This was announced at a briefing speaker of the defense Ministry Colonel Dmitry Gutsulyak.

“About 06.00 under the cover of artillery and mortar fire, the enemy approached the advanced position of the one of the mechanized brigades in the area krymskoe and carried out attempt of capture of the observation posts along the Bakhmut highway”, – he told. 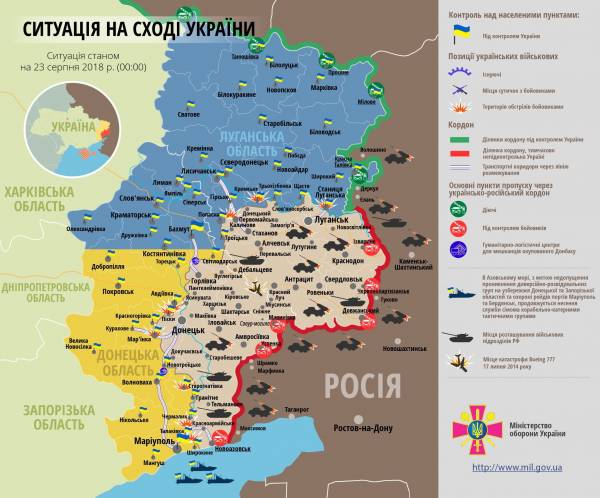 According to Huculak, the command of the brigade to repel the attack used the reserves and inflicted fire damage from infantry fighting vehicles and rocket launchers attack the enemy was repulsed.

“During the fight the Russian occupation troops have carried out more than 30 rounds of artillery caliber of 122 mm and has released over 60 min of caliber of 120 mm and a 60 — caliber 82 mm. Were active in firing from APCS and grenade launchers of various types,” added the Colonel.

As a result of 5-hour battle killed four Ukrainian military, another seven received injuries of various degrees. Meanwhile, enemy losses are being specified.

Recall, for Wednesday, August 22, in the Donbas the militants 24 times fired at positions of the Ukrainian army, including with the use of forbidden heavy weapons. Wounded one Ukrainian soldier.