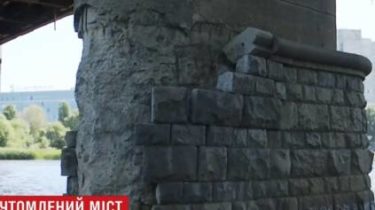 Next should be the development of restoration project designs.

Paton bridge is in need of major repair, as due to the prolonged use on metal structures and metal cross members, an irreversible process of corrosion damage. This is reported in the press service of Kyiv city state administration.

City officials decided to conduct a timely and comprehensive repair of the overpass. To this end, the mayor of the city Vitali Klitschko signed an order which provides for the allocation of 4 million hryvnias on professional survey design. The results of the inspection is to Orient officials on further volumes of works and their cost. It is expected that the reconstruction project will begin to develop this year.

The bridge Paton “tired”: one of the pillars collapses to ultra-high speed

The bridge named after Paton tired is not a joke. One of the pillars of the capital’s oldest crossing collapses to ultra-high speed. To repair damages kievavtodor not in a hurry. In the past year conducted a cursory examination and told the bridge will not fall. However, agree that the problematic bearing is destroyed and threatens the strength of the structure. So this year will have a comprehensive examination and develop a project rescue one of the main road arteries of the city. 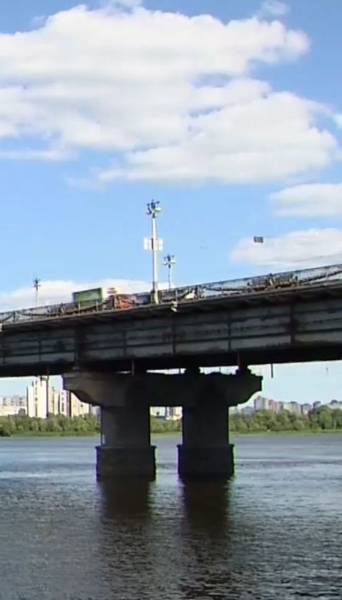 “Reconstruction work will be carried out jointly with the Institute of electric them. Paton. This was agreed during a joint meeting that Kyiv mayor met with Deputy Chairman of the Kyiv city state administration for transport Affairs, the relevant Department of the state administration, the balance sheet structures (“kievavtodor” and KP “Kievavtodormost”) and representatives of the Institute of electric them. Paton National Academy of Sciences of Ukraine and LLC “Ukrtelekom them. V. M. Szymanowski,” – said the press service of the city hall.

See also:
Ukraine wants to build a bridge across the Dniester river in Moldova for a big transportation corridor

In August it was reported that the Patona bridge in the capital at risk. One of the pillars of the oldest Kyiv terminal is destroyed very rapidly. Just Avtodor estimated that every sixth bridge or overpass in Ukraine – emergency.