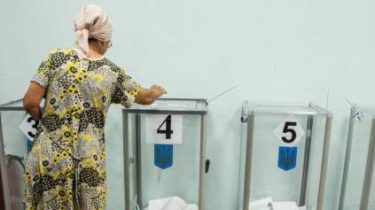 Sources explained the probable cause of such measures.

The constitutional court is going to make a presentation on the postponement of the elections of the President of Ukraine.

This was announced by MP from the “popular front” Leonid Yemets.

“According to my information, is preparing a submission to the constitutional Court to postpone the election of the President of Ukraine”, – wrote the MP in Facebook.

At the same time, sources Dnia reported that the appropriate representation is likely to give MPs close to BPP. The reason for the submission was that the previous presidential elections were held in may 2014, and not March, as prescribed in the Constitution.

According to the source Dnia the aim of postponing the elections is not increasing the term of the President of Petro Poroshenko, and reducing the time for the new President to work with the previous composition of the Parliament and change the legislation, for example concerning the parliamentary elections.

“So, the new President will remain 6 months, and three months to change the electoral law, the abolition of the majoritarian districts. This will keep the majoritarian system, because already, some deputies work in the districts”, – said the source.

As you know, parliamentary elections must be held on the last Sunday of October 2019.