Trump congratulated Ukraine on Independence Day. That was written by the President of the United States 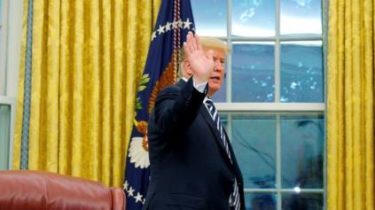 Trump congratulated Ukraine on Independence Day. That was written by the President of the United States

The President of the United States promised support for Ukraine.

The President of the United States Donald trump sent to the address of the President of Ukraine Petro Poroshenko congratulates Ukrainians on the 27th anniversary of independence of the state.

“On behalf of the American people, I want to congratulate You and the people of Ukraine on the 27th anniversary of your independence which you will celebrate on August 24. The people of Ukraine can be proud of: for the past four years, Ukraine has courageously opposed the Russian aggression is a blessed and vibrant civil society, a growing economy and Armed forces that are powerful as never before,” said trump.

The US President promised support to Ukraine.

“Remember, please, that the United States will always stand with Ukraine at a time when it defends its sovereignty and territorial integrity within its internationally recognized borders,” – said in greeting.

The letter also notes that the U.S. government will continue to work with Ukraine and will support efforts to strengthen democratic institutions, the development of the rule of law, fighting corruption and stimulating economic growth. Trump has wished Ukraine a peaceful, prosperous and successful year.

Military musicians of tomorrow will participate in the parade devoted to independence Day of Ukraine. On the eve highlighted several minutes right during the dress rehearsal of a triumphal procession. The musicians performed the national anthem of the OUN-UPA under the title “the March of the new army”, as required by the terms of the flash mob – together said, “Glory to Ukraine”. 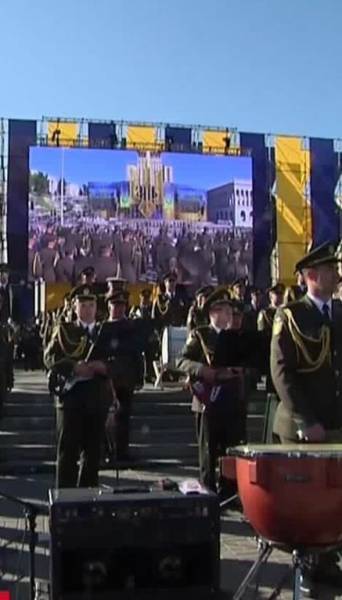