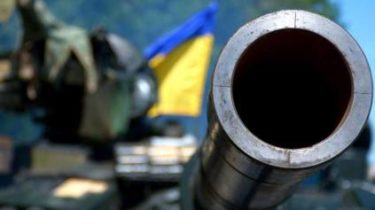 The militants did not stop shelling day and night.

On the last day, 23 August, the situation in the area of operations of the combined forces was tense. Five soldiers were killed.

This is stated in the press service of environmental protection.

See also:
About the assault knew that the commander of “Aydar” told the details of the long battle on Bakhmutskaya route

Fighters 42 times opened fire on positions of the APU, including three times of the weapons banned by the Minsk agreements. They were aimed fire from artillery systems of caliber 122 mm mortars 120 mm and 82 mm, APCS, grenade launchers, heavy machine guns and small arms.

Was hottest at the Lugansk direction in the areas of human settlements Crimean and Novotoshkivske. Here the terrorists intensively used artillery and mortars and resorted to assault action. Soldiers of the joint forces repulsed the attack of the enemy and remained on the positions held.

They also carried out the shelling of 82 mm mortars at positions close to Luhansk, Chermalyk and Lebedinsky.

For the past day, five Ukrainian defenders are killed and seven military personnel of the joint forces were injured.

During the night fighters 5 times opened fire at positions of the joint forces in areas of settlements Crimean, Gnutovo, Pavlopol and Water. Near the Crimean night again opened fire from 122 mm artillery, near Pavlopol used 82-mm mortars.

Losses among the military personnel of Armed forces of Ukraine during the day there.

According to intelligence reports, over the past day 12 terrorists were killed and another 20 were injured.

Earlier it was reported that command of the operation United forces in the Donbass took the decision to temporarily cease operation of the checkpoint of entry-departure “Mallorcan” because of the attacks of the militants.