“As in other cities of Europe.” Kyiv authorities plan to increase tourist tax 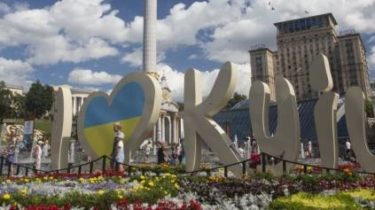 “As in other cities of Europe.” Kyiv authorities plan to increase tourist tax

It will raise revenues.

City Kiev authorities are planning to initiate changes to increase tourist tax from travelers who visited the capital of Ukraine.

This was announced by the head of Department for tourism and promotion of the KSCA Anton Taranenko, UNIAN reports.

See also:
In the capital banned the movement of trucks during day time

Tourist tax want to set at 1% of the minimum wage in the country. Now the fee is 1% of the amount the tourist pays for the accommodation in the locations.

“Our Management has prepared amendments to the law in order to increase the interest rate of the tourist fee. We want to secure it, as is done in other European cities, and to tie the minimum wage. So, 1% of the minimum wage (we have a little more than 4 thousand hryvnias), that is, the percentage is 45 UAH is 1.5 euros,” – said the official.

See also:
In Bulgaria, a bus with tourists went off the road into a ravine, killing 15 people

It is reported that this initiative will help the city earn around 100 million USD per year. Last year Kiev has received 25 million hryvnias of collecting, this year it is planned to obtain 30 million.

Tourism in the capital budget for 2018 pledged 50 million, but funded only $ 12 million. With the increase of the tourist tax the city will be able to allocate much more money on this industry.

Recall from the beginning of the new bike rental vandals stole 4 bikes.