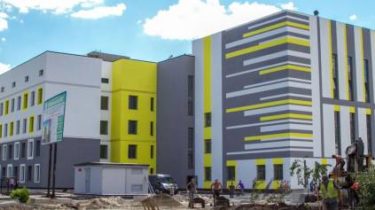 Activists are convinced that such institutions are a convenient way to launder money.

Ukraine has built public schools that are four times higher than the ordinary budgets of the institutions. As stated in the story TSN.Week, the construction of such schools in Kiev is $ 15 million. being in Osokorki.

According to Alexandra Ustinova of the anti-corruption action Center, which analyzed the documentation in the “Prozora” inherent in the construction amount is impressive, because such budgets is not even in the EU. For reference – the maximum recommended by the Ministry of regional development the cost of construction of school for 1000 students is 100 million hryvnia, at the rate of 100 thousand UAH for children. Usually, invested smaller amounts, but the school was four times more – almost 400 thousand per student.

See also:
Felt houses and “tattoo”. How to help your child survive the stress of beginning school

As it was established, the school will be on Osokorki with a Playground, swimming pool, stairs and a heated hide for natural stone tiles – from 700 UAH per square meter. Facade paint with a paint cost 1200 UAH per bucket, and the school will be heated groundwater. For this will be 350 wells to a depth of 50 meters.

The premises is one of the elite high schools of Ukraine “Intelligence” with paid training.

“This is one of the most profitable in Ukraine businesses, because nobody will ever be able to calculate the thickness of the wall,” – said Ustinov.

Often these schools only means of income for officials. The tradition of the most expensive schools in the Ukraine has all chances to continue school in the Dnipro district of the capital, the construction of which is already planned $ 15 million. However, it is particularly prominent here have not yet seen all the construction work of several workers. The customer of construction – “Zhitloinvestbud”, which ordered the school to Osokorki.

In the list of most expensive schools – the school community on behalf of Kotovsk in Odessa, she needs to spend 178 million.

See also:
The presenter told us how to solve the problem of bulinga over his son at school.

Urban village Chabany will have another most expensive school in the Ukraine. The school was supposed to finish in early summer this year, but now here the weeds and the butterflies fly. “Prozora” indicates that the school needs 172 million, almost twice the recommended Ministry value. “There’s a very interesting situation, where every time the case was completed with the re-election of the contractor and increase the cost of construction. It would seem that if someone already did something, it should be cheaper, but no. In 2016, the school was worth UAH 80 million. In 2018, the cost has almost doubled,” – said Alexander Ustinov.

“Previous auction”, Prosaro” was held at 85 million. During construction it was determined that it is necessary to change the project. Were not considered serious modern swimming pool. There should be a full Olympic pool. And direction of the school – sport and leisure activities to keep the children in the street walking,” – said the Deputy Chairman of the PGT Chabany Yuri Cooper.

However, according to Alexandra Ustinova, overestimate of cost of the project is the usual scheme in the construction of schools. Better years to sit without a school than to build it inexpensively. Of course, all those tasty and expensive orders give the right to firms. In the Center of counteraction of corruption suggest that the difficult situation with the contractors “Zhitloinvestbud”, which makes a luxurious school in Kiev. “Until recently head of the company even from the time he was a Vyacheslav Nepop. After we went building the super-expensive elite schools, they promoted him – he has recently become Deputy mayor”, – added in the CTC.

See also:
The right to education. In Ukraine, if children’s hospitals want to open 33 schools

By a strange coincidence, both contractors school on Osokorki and in the Dnieper area “Podlivu” and PJSC “Fundament” is associated with the “Zhitloinvestbud”. For example, in “Foundation” has a daughter Napapa what even listed on his official page. He Nepap has a luxurious Declaration, full hours, apartments, land and cars. The official was not for review time. In his page he writes frequently about public schools and cheaper than the 200 million was not.

School for $ 15 million in luxury Lyceum for budget money now few will surpass, even luxurious cultural center of the Sheptytsky in Lviv built three times cheaper. A significant number of Ukrainian schools do not even have toilets in the room.

Videoprogram stairs and Olympic pools. Ukrainian schools have the record of cost for budget

Heated stairs, natural stone and paint more than a thousand hryvnia per bucket – this will soon be a Ukrainian school. And this is only part of the luxuries that were able to see TSN.Week. Such building is now in Kiev for a budget of 15 million dollars. As it turned out, the construction of expensive schools budget funds is a profitable business scheme and a wide field for fraud. 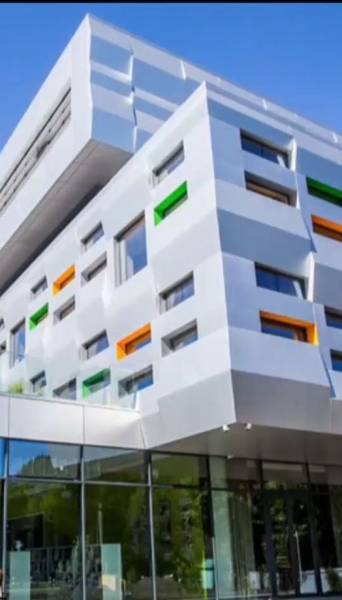