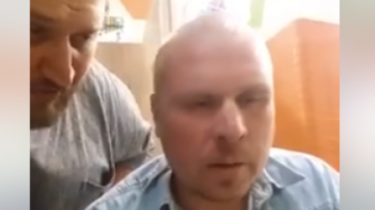 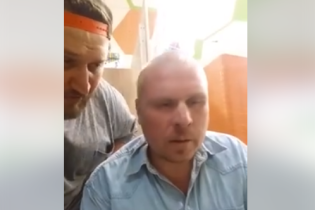 On the recording, the man denies the motives of physical violence.

In Kiev unknown persons have voiced threats against Ukrainian men, calling him a “fascist.”

Video of the incident published in Facebook user Nikolai Voronov.

“Kiev, the third hour of the night, 27 th, shop ATB at Levoberezhke. I stood at the checkout, buy something in the morning. And then behind me a voice, and says in Russian, “and you the fascist?” I turned around, thinking that maybe something is not understood. Then I heard “we’ll come and shoot all of you” — he said.

See also:
In Kiev refuse to serve in Ukrainian. What to do and how to protect their right

On account of the man objected to the explanation of physical violence. He noted that he intends not to shoot, and “all understand”.

And I did nothing, I just wanted to buy some water gaskie in the morning, and now this…. Meet Sasha….Sasha does not like Ukraine and has hope: “we’ll shoot all of you”….

In comments Dnia Voronov said that initially took the threat as a joke.

“The store was nobody. Walked up to the counter, greeted the cashier, began to pay off, and the man behind me suddenly asks, “how are you, Nazis, living on my land?”. I’m former military and I thought at first that this was some kind of joke . However, he then continued to threaten “to take our” and “enumerate all”. Said that Ukraine does not exist, and the language in which I speak, is also not there,” he said.

Voronov also reported that to a scene there arrived militiamen, however, about the fate of the men he did not know.

“I called the police, they came через15 minutes, took my statement, however, about the fate of this man, I don’t know. The police promised to deliver it to the relevant structures”, – he added.

Recall, July 20, in the Chernigov man found tied to a pole with a sign “I vatnik” and taken to the city police Department.

Law enforcement officers said that visually he looks like a guy who 4-5 days ago throwing bottles in the stele with photos of fallen Heroes hundreds of Heaven. Then the man was detained, spoke with him the police.

Chernihiv police also opened criminal proceedings on the fact of hooliganism and establishes the circumstances under which the man was tied to a pole.