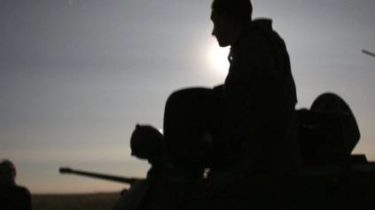 Ukrainian soldiers hold on and regret only the absence of order to go forward.

Fighters on the sea of Azov began to burn out the deadwood near the entrenchments of our soldiers. As soon as the soldiers manage to put out one fire, flame occurs on a different phase front, said in the story TSN.19:30.

Night from invaders arrive mines that the military jokingly referred to as “gifts”. “When this truce lasts and large caliber is not used, these gauges smaller – 82 and LNG. Used by surprise from a distance, so it’s hard to hear the output,” explained the fighter “Bohun”.

Only the military manages to put out one fire, as the flame spreads and arises at the other site the front. What is it next, school truce on the front line at the sea of Azov next to TSN. 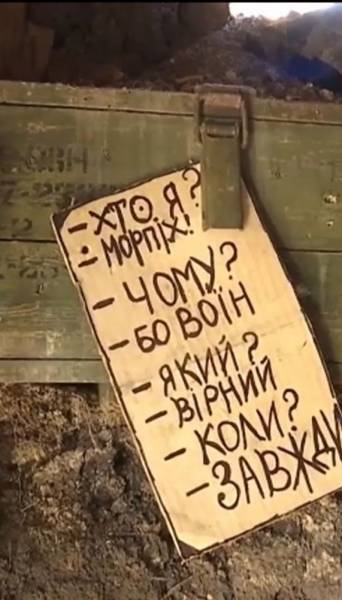 By day, the militants have resorted to the scorched earth policy and try to smoke out the defenders of Ukraine with fire and smoke. “We beat a tank, mortar and tow us here. Phosphoric charges flying – wanted to smoke us, scare. But nothing happened,” – says the military “Cedar”. He explains that the militants aim in deadwood, and then the wind picks up and carries fire on positions of Ukrainian soldiers. “Shoot incendiary bullets waiting to a breeze in our direction. After dark, they pluck and shows how the position of the flies,” – said the fighter.

See also:
At the forefront of wounded Ukrainian military. The situation in the Donbass

In my 20 “Raccoon” has already seen so much that a grown man will last a lifetime. A volunteer from Kyiv region, welder in the past now with a gun on duty peered into the binoculars to the smoke crept up the enemy. “Was heard several times shouting, “dill” and worked from grenade launchers”, – the serviceman told.

The Ukrainian military has shown the Russian weapons to the militants, which was found at the scene of the battle on Bakhmutskaya route (5 photos)

“Zero” has already heard about the new comprehensive truce. The soldier on call “Boil” it must be our fifth or sixth – he said he lost count and does not believe that the mercenaries will cease to shoot. “My personal opinion: a truce is not necessary, but will need to smash them so they know who the land owner,” – says military.