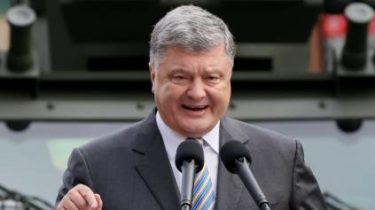 The President urged the international community to respond to the strengthening of the military control of the Russian Federation in the waters.

President Petro Poroshenko announced the holding of a meeting of the Council of National security and defense interests of Ukraine in the Azov sea.

He stated this during a meeting with heads of foreign diplomatic institutions of Ukraine.

“The illegal and treacherous actions of Moscow in the region must not and will not go unpunished, and moreover, without a proper international response. And here I need your help,” he said.

According to Poroshenko, he has already instructed to prepare a meeting of the Council on this issue, and the Ministry of foreign Affairs of Ukraine shall prepare proposals.

“I’m not going to put up with it. And firmly believes the situation now is absolutely unacceptable,” – said the Ukrainian President.

Meeting with heads of foreign diplomatic institutions of Ukraine

We will remind, within several months Russia detains shipswhich went to the ports of Berdyansk and Mariupol. The Minister of infrastructure Vladimir Omelian said that Ukraine conducts talks with the EU and USA to impose sanctions against Russia in response to the blockade of the sea of Azov.