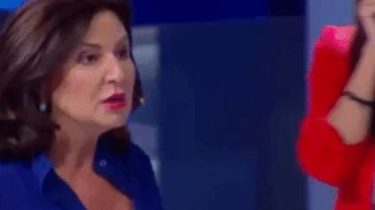 See also:
Chervonenko at the gas station threatened to bury all the “goats” who did not let his queue

During a theological dispute said, “I’m in the market language, not talking.” It Chervonenko said that she talks, “when it comes for the money”.

Ex-MP shouting “what money?” ran up to Chervonenko and tried to hit him in the face, but he managed to lean on and take a shot. Then former politicians to separate leading.

See also:
Let this country burn with fire. Chervonenko was angry, “filled up” exam for the post of head of the Odessa regional state administration

We will remind, recently the people’s deputies Sergey Shakhov (“will of the people”) and Ihor Mosiychuk was admitted (the Radical party) got into a fight in a live TV channel “direct”. Skirmish between deputies began after the shahs said that the Chairman should not attend gay pride parades. Angered by the Deputy from the radical rose from his seat and approached his opponent and said I was not a gay pride parade and demanded an apology. Elected officials have been exchanging mutual insults, after which the checks were sent down Mosiychuk.