Domestic violence. The photo from Kiev with a broken nose blood has called on the social network on help 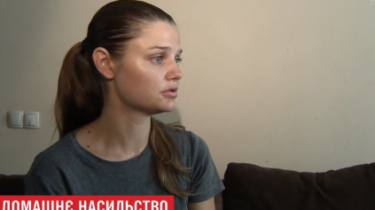 Domestic violence. The photo from Kiev with a broken nose blood has called on the social network on help

The hotline for victims of domestic violence obrashatsa 70% women, the rest men.

The story of abuse by her husband and call for help – post female psychologist who complained of an intolerable family life, caused a strong reaction in the social network. Nearly a thousand shares, two and a half thousand reviews with tips on what to do. TSN agreed to meet with the author of this post, but I got another family quarrel.

“This is it! It is not open, I do not want”, – says the woman. So Lilia Shevtsova reacts when outside the door she sees her husband. The day before they clashed again. The call came to the police. Now he is again next to the apartment.

“I was scared that he threatened to kick me out”.

In photos posted on Facebook of a woman – broken nose and bloodied face. The woman put up yesterday along with the recognition that her own husband systematically uses domestic violence – physical and emotional. The post woman who calls herself a psychologist, gained nearly a thousand of spreads.

“I offered to leave. He said it all happy, that everything is wonderful. But it me very often with quite short intervals insulted. Without any grounds, causing some aggression,” – said the woman.

Lilia, a mother of four children, tells that the photo with the broken nose two years ago. And from that time, also was a beating and shows papers about head injuries. Also demonstrates the audio recording where you are fighting two people. Heard slaps and screams.

Lily demonstrates writing another family quarrel to the police and says that the statement her husband wrote, and filed for divorce, but she picked up the paper.

Husband of Lily Alexander at this time is in the yard. Also does not hold back emotions.

He denied that he had abused wife. Tells, took the wife on a vacation abroad, took me to expensive restaurants with kids he has a great relationship. And acknowledges a broken nose in the photo is indeed him.

“I did it, it flies – I wanted to move my forehead, it’s me, it’s the only time I stumbled. Lily can run up to the window and scream that it is killed, then the police arrives, he sees what I’m bruised, and I never touched,” says Alexander.

About the conflict in the family, the husband and wife talking about mutual threats.

“He kicked me out, take away children,” says the woman.

“I want the apartment rewrote. And abandoned children,” says the man.

Domestic violence. The story of abuse by her husband and call for help – the post woman psychologist, who complained of an intolerable family life, caused a strong reaction among users of social networks. Almost a thousand census, two and a half thousand reviews with tips on what to do. TSN agreed to meet with the author of this post, but stumbled upon another family quarrel. 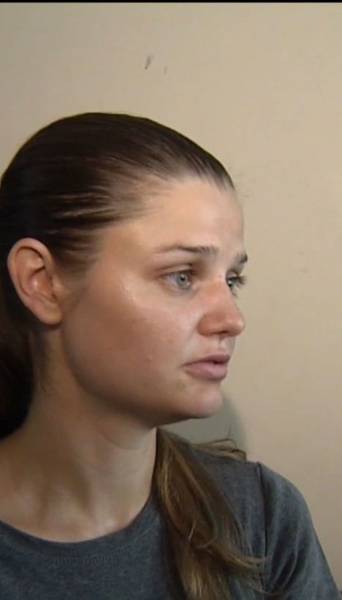 Alexander in the presence of police comes into the apartment. A woman with children locked in one room. Alexander tries to talk with his eldest son.

For this family neighbors nothing scandalous had not noticed. Women on the Playground saying that the father was friendly with children.

Not to be silent about their family problems and not to close eyes to other people’s conflicts call for psychologists.

“The stereotypes that beats – it means love, live for the sake of children is imposed by the society stereotypes that hinder this recovery, because violence cannot be tolerated,” advises psychologist Larisa Gorina.

In the case when the couple seriously fighting, the worst of all – their children.

In this case, we need to save children, to avoid repetition of the scenario that children do not suffer, do not repeat these scenarios,” – said the psychologist.

Lily says she is ready to leave her husband, he is not willing to let go of family.

“We need to be strong, make the decision and leave. Strong – for the sake of the children,” says Lily.

“I grew up without a father, I understand how hard it is,” says Alexander.

The police had taken another statement from the Lilies. The husband took his belongings and documents and left the house. Children are left to live in an apartment with my mom.