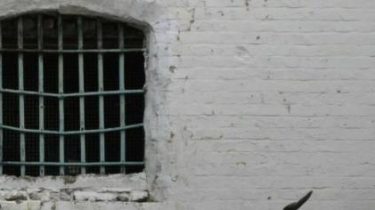 According to the Ombudsman, among those arrested are individuals who are recognized victims of trafficking.

In prisons of Italy for the illegal transportation of migrants sit 108 Ukrainians.

This was announced on his page in Facebook representative of the Verkhovna Rada of Ukraine Liudmyla Denisova.

“108 Ukrainians are currently in Italian jails. They were detained for illegal transportation of migrants. However, among them there are persons who are recognized as victims of trafficking. Five of them have already been released from custody by the court. Now the foreign Ministry is working who else falls under this definition, and preparing the relevant documents,” she said.

According to Denisova, she discussed the situation with Italian Ambassador to Ukraine David La Cecilia, who assured that will contribute to the documents came in the Italian courts at a certain time.

“We talked about the real state of Affairs on the exchange of our political prisoners who are in the territory of the Russian Federation and the occupied Crimea. Noted that are not able to obtain complete information from their Russian colleagues regarding the real state of health Oleg Sentsov and Vladimir Baloga. All preliminary agreements on this issue are not fulfilled by Russia,” she added.

Denisov also, due to the fact that Italy this year is chairing the OSCE, addressed the Ambassador with request to support Ukrainian political prisoners and Ukraine on the international arena and influence of Russia in the issue of the return of Ukrainians back home.

In addition, the Ombudsman commented on the situation with the detained sailors of the ship “Nord” and “ЯМК0041” and assured that Russia blocks the homecoming of the fishermen on both vessels in turn, Ukraine did everything for their release.

108 Ukrainians are currently in Italian jails. They were detained for illegal transportation of migrants. However among them…