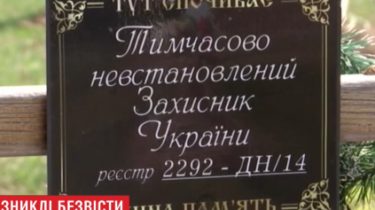 Russia and the rebels refuse to exchange hostages.

Lost in the war in the Donbas, about fifteen hundred of those who can’t find neither alive nor dead, even a thousand of the unknown dead who are already buried or still in the morgue. In the occupied Crimea half a dozen people became victims of abduction, after which their fate remains unknown. Today is the world day of victims of enforced disappearance in Ukraine decided to establish a special Commission for missing persons in the occupation.

In March 2014, the Crimea, Reshat Ametov, came to the square in Simferopol to picket against Russia’s takeover of Crimea. Representatives of the so-called Crimean self-defence pushed the man in the car. Two weeks later found his mutilated body, with his eyes gouged out and signs of brutal torture.

Two years ago in Bakhchisarai people in the form of the Russian traffic police kidnapped Crimean Tatar activist Erwin Ibragimov. The kidnapping, which occurred 50 meters from his house, fixed outdoor camera. From that time on it no sign of it.

“It is only law enforcement agencies, who else? Where I’m just not treated, around say, ask for less,” says the father of the disappeared.

See also:
During the war in the Donbass from explosives injured more than a hundred children

Since then, every month, the day of the kidnapping of Erwin, Ukrainian activists come to the Russian Embassy with a sign on which the names of the Crimeans who have become victims of kidnapping for political motives, and about whose fate nothing is known.

“Some of them, as Reshat Ametov, was found dead, some in prison. Today we are talking about 15 people who are victims of enforced disappearance”.

Even worse in the Donbas. According to the red cross, one and a half thousand Ukrainians have gone missing since the war began. Some of them may be among the dead. After all, in unmarked graves and morgues on both sides of the front about thousands of bodies are still not identified. Until the end of autumn in Ukraine to establish a special Commission to search for. Under the new law, it will have the authority to organize a search group. For this plan to attract volunteers and the Red cross, whose representatives work in the occupied territory, they have offices in Donetsk and Lugansk. 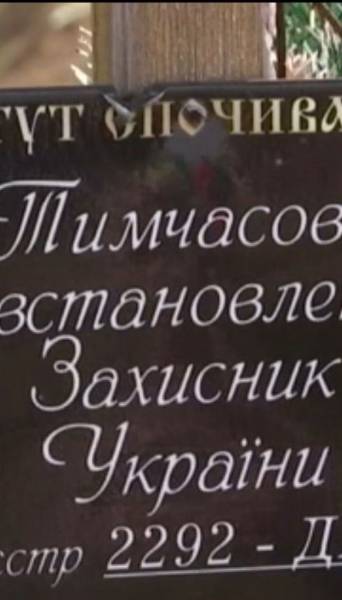 At the same time, there are people buried right on the line of differentiation that are difficult to access because of the attacks and mortuaries ORDO there are many bodies of people whose relatives are on Ukrainian territory and process of identification very difficult.

Stood in waiting at the railway station in Kiev, the Red cross has organized the installation. The figures of relatives of people who disappeared in the Donbas – a reminder of the painful waiting in suspense. Some of the hostages, the militants refuse to disclose. Their fate sometimes becomes known only from the Russian media. As that’s about the journalist Stanislav Aseev from Makeyevka. Knocked out of him a confession of espionage and shown on Russian TV.

“I admit these allegations and say that I worked for the defence intelligence of Ukraine. For me, the slogan “one country” is not an abstraction, it’s something I continue to believe. Geographically and the Donbass is part of Ukraine and for me it was, is, and will continue,” – said on camera Aseev.

Vice-speaker of the Verkhovna Rada of Ukraine Iryna Gerashchenko said that Aseeva in Donetsk kept in a special prison:

“He is not even in prison, and they created concentration camps in the former factory “Isolation”. And this is the insulation. And for me it is obvious that these confessions had been extracted under duress, under torture.”

The release of political prisoners could or through the exchange, or if the Kremlin see this as a political gain. Exchanging Aseeva militants refused. Gerashchenko suggests: some of the hostages Russia can free elections, for the benefit of politicians.

The offer of Kiev on the exchange of the Russians prisoners in Ukraine for participation in hostilities on political prisoners-Ukrainian Moscow for a long time ignored. More than two dozen “atamatov” and former militants had written to Putin in which asked to exchange them. However, any desire to save his in Moscow do not show.