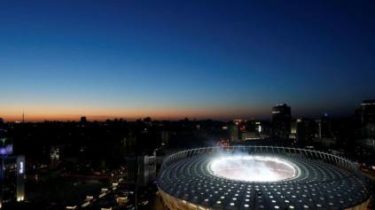 However, to extend the hours of operation will not.

On Friday, August 31, in Kiev will limit the input to a number of subway stations due to a concert at the stadium NSK “Olympic”.

About it reports a press-service “Kiev underground”.

It is reported that from 19 to 20 hours entry and exit at the station “Olympic” will be limited, the station “sports Palace” will be closed out, and the station “Leo Tolstoy” – at the entrance.

See also:
Sahra produt fakov the tickets to the concert of Imagine Dragons at CIV

Restriction of entry to the stations is possible and after 23 hours. The extension of the metro this evening will not.

It is known that on Friday, August 31, at the NSC “Olympic” will perform an American rock band Imagine Dragons.