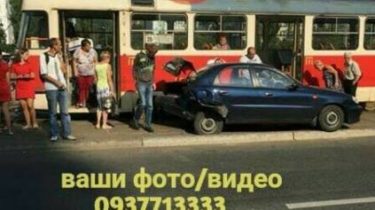 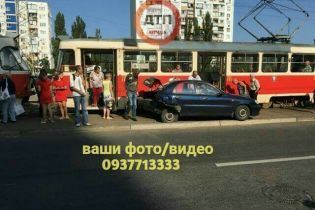 Previously no injuries were reported.

In Kiev on the street Miropolskaya near the bus stop “Ulitsa Aleksandra Boychenko” accident involving two cars and tram.

This was reported by eyewitnesses on the page dtp.kiev.ua in Facebook.

“Accident on the street Boychenko in Kiev. Faced Daewoo and Toyota”, – stated in the message.

As noted, the impact Daewoo tossed into the tram. As a consequence, the tram is temporarily stopped traffic.

According to preliminary data of the victims in the accident there. Now on a place of incident the police operate.

An accident on the street Boychenko A. in Kiev. Trams stopped traffic. Faced #Daewoo #Toyota. That’s strike #Daewoo kicked off…

Recall, on the eve in Kiev, the bus rammed the trolley, people suffered. Marshrutchiki admitted that he caused an accident.