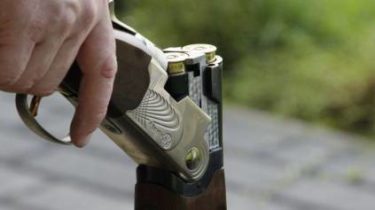 The attacker opened fire from a hunting rifle at the activists who passed him by.

The Prosecutor’s office sent to court indictment against a man who during the revolution of Dignity on the street revutskiy fired on activists of self-Defense.

“Under the procedural leadership of the Kiev local Prosecutor’s office No. 2 completed pre-trial investigation and sent to court the indictment against a local resident, who on the night of February 22, 2014 opened fire on the activists of self-Defense Darnytsa district and wounded one of them”, – stated in the message.

According to the investigation, the suspect, standing near one of the houses, together with an unidentified person, the materials in respect of which are allocated in separate criminal proceedings, saw three civil society activists who voluntarily patrolled the streets to maintain order.

“When you hear the phrase “Glory to Ukraine” the attacker got out of the car an object resembling a hunting rifle, and fired several shots in the direction of the activists. One of the volunteers during the shooting sustained a gunshot wound and was hospitalized,” – said the Agency.

Now, Sagittarius announced a suspicion under part 1 of article 122 (intentional Commission of a medium gravity injuries which have entailed long frustration of health) and part 4 of article 296 (gross violation of public order based on obvious disrespect for society, accompanied by special impudence committed by use of firearms) of the criminal code of Ukraine. For their actions the attacker threatens from 3 till 7 years of imprisonment.

We will remind, earlier it became known, how many charges in the case of independence submitted to the court. It is reported about suspicion about 440 the accused.