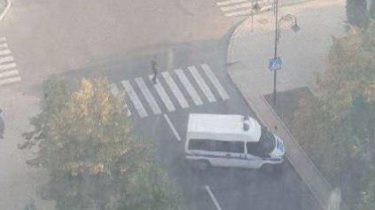 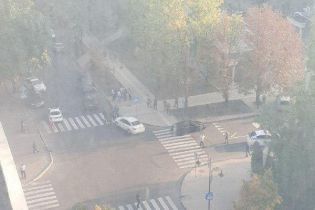 According to preliminary data, the gunman was mortally wounded

In the center of the captured by militants of Donetsk in the cafe “Separable” blew up the leader of terrorists “DNR” Alexander Zakharchenko.

This was reported on page telegram channel Mash.

“Chapter “DNR” Alexander Zakharchenko mortally wounded in the center of Donetsk during the attack,” – said in the message.

As noted, next to the cafe where he was, the bomb exploded.

Subsequently, the separatist media have confirmed information about the explosion.

In turn, the Russian news Agency “RIA Novosti” with reference to sources in law enforcement agencies said that as a result of explosion one person was lost, three more suffered.

We will remind, in April 2016 Zakharchenko allegedly tried to assassinate. According to the separatists, on the territory under their control they detained a group of Ukrainians who supposedly discovered a camouflaged explosive device. “The liquidation team of the SBU,” say the militants who planned to carry out explosion in shooting complex “Artemida” in Donetsk, when Zakharchenko will appear there. Before that, detained allegedly received from his accomplices directions of the leader “DNR” and its location.