The leader of the militants Zaharchenko exploded in a cafe “Separable” 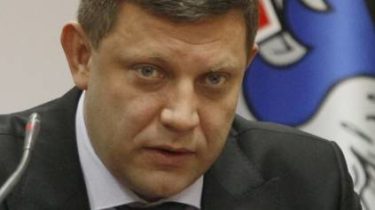 The leader of the militants Zaharchenko exploded in a cafe “Separable”

Information about his condition is different.

The leader of fighters “DNR” blew up in Donetsk in a café called “Separable”. Other sources say that about places in the car.

Information about his condition is different. Some media reported, though wounded one man and brought him to the hospital. Others write that this is Zakharchenko and he was “mortally wounded”, ie killed. In particular, the death of Zakharchenko, reports TASS with reference to sources. “The island”, writes that, together with the leader “DNR” injured three militants. The Network reported that one of the wounded – “the Minister of revenues and duties DND” Alexander Timofeev, nicknamed “Tashkent”.

Now the site of the explosion in the smoke appear out of the photo. In place already working “security forces” of the insurgents.

Cafe “Separable” on Pushkin Boulevard in the center of Donetsk is a favorite place of the leaders of the militants.