Iraq and Iran abandoned the dollar in bilateral trade 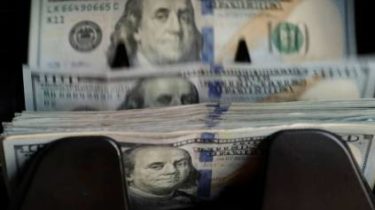 Iraq and Iran abandoned the dollar in bilateral trade

Now, the country will be used as alternative currency and barter.

Iran and Iraq no longer use the us dollar for trading between each other.

This was reported by Mehr.

“The US dollar was removed from the list of currencies used by Iran and Iraq in their trading operations, and they will use the Iranian Rial, the Euro and the Iraqi Dinar to financial operations”, – said the Chairman of Iran-Iraq chamber of Commerce Yahya al-Eshaq.

See also:
Ukraine and great Britain begin the preparation of the agreement on free trade zone

It also reported that Iraq and Iran will use barter as a method of trade between countries. That is going to exchange goods for goods.

Former Minister of trade of Iran also said that trade relations between his country and Iraq reach eight billion dollars.

We will remind, on the fall of the Lira, Turkey imposed the duties in response to alcohol, tobacco, automobiles and many other products from USA.