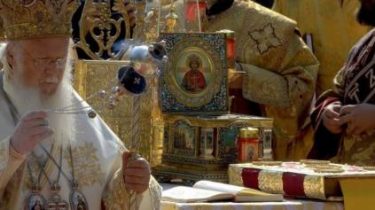 Patriarch Bartholomew spoke about the Moscow arbitrariness regarding the Ukrainian Church. © UNIAN

In Istanbul discuss the possibility of granting autocephaly to the Ukrainian Orthodox Church.

The Ecumenical Patriarchate can grant autocephaly of any Church that so requests, without the consent of other churches.

To make this decision on 2 September came the members of the Council of bishops of the Church of Constantinople, held in Istanbul, reports Hromadske.

Discussing the relevant issue, the bishops decided: “Yes, the Constantinople Patriarchate can grant autocephaly without any approvals”.

In addition, at the opening of the Council of bishops Ecumenical Patriarch Bartholomew delivered a report detailing listed examples of the Moscow arbitrariness in respect of the Kyiv metropolis, from the XV century.

“Moscow for many centuries were in charge of the Kiev Metropolitanate of the Orthodox Church in Ukraine, without the knowledge of Constantinople,” – said the head of the Church of Constantinople. 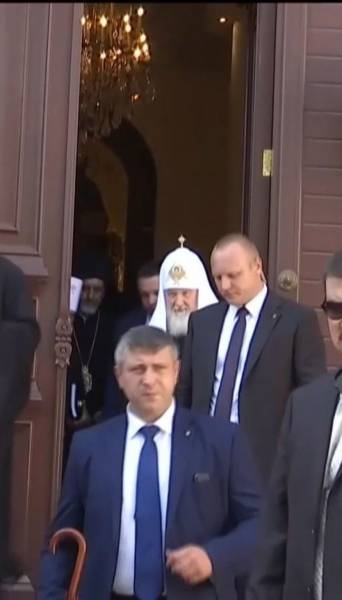 We will remind, Patriarch Kirill of Moscow arrived in Istanbul in the residence of Patriarch Bartholomew of Constantinople. Ecumenical Patriarch Bartholomew stressed the importance of dialogue between the representatives of the clergy to address important issues. In turn, Kirill appeal was immersed in memories, putting that the clergy have always found a common language.

Earlier during a speech at the parade by the Independence Day the President of Ukraine Petro Poroshenko has criticized the Russian Church, which “sanctifies a hybrid war against Ukraine Putin, who night and day prays for the Russian authorities and army – also a Russian”. The President stressed on the need of the Local Orthodox churches for the unity of Ukraine. In the Russian Church, the Ukrainian President called it “a bold politician who is trying to hold on to power,” and the Church is unwavering compared to the transience of power.

Media wrote that Constantinople reportedly ready to grant autocephaly to the Ukrainian Church. Publicly about the decision is still not declared, but the representatives of the Russian Orthodox Church say that Bartholomew made aware of other local churches.