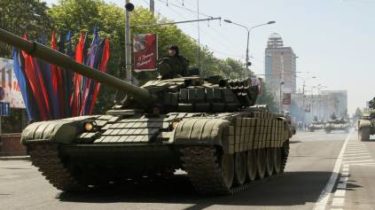 Since the beginning of present day militants in the Donbass six times fired at positions Armed forces of Ukraine.

This was at the briefing said the speaker of the Ministry of defense of Ukraine Dmitry Gutsulyak.

“Since the beginning of the current day 6 recorded sighting of enemy attacks. Heavy weapons the invaders were not used, however, were firing provocation at the side of the defenders of Ukraine from different types of grenade launchers and other infantry weapons”, – he said.

So, according to the speaker, the enemy attacks were reported near the settlements South, Troitskoe, Sorokino.

See also:
Destroyed the fighter and enemy shelling. In OOS told how the “school fire”

“Note that since the beginning of the current day combat losses among the Ukrainian military no”, – said Gutsulyak.

We will remind, for last days, on August 31, the situation in the area of operations of the combined forces showed signs of stabilizing and was quite controlled. Fighters 11 times opened fire on positions of our troops.