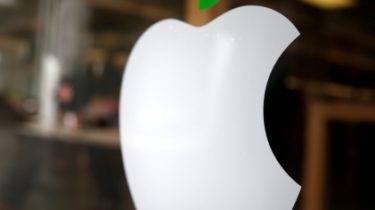 Apple, Google and Coca-Cola has kept its leader position in the ranking of most valuable brands in the world. This stability of the brand show for the fourth consecutive year, according to a top-100 global brands from Interbrand Corp.

The brand value of Apple has increased by 5%, to $ 179,1 billion Located at the second position in Google for the year has added 11%, rising to $ billion a cash consideration of 133,3 Coca-Cola, which managed to hold the championship for 13 years until 2013, is now ranked third, the cost of the brand decreased by 7%, to $ 73.1 billion.

Also in the top ten were two car brand – Toyota in sixth place and Mercedes in ninth. Top 10 General Electric, valued at $ 43.1 billion

The decline in interest in expensive clothing and accessories had a detrimental effect on fashion brands: Prada dropped from 69th place to the 81-th, Ralph Lauren with the 91 th 98-th, and Hugo Boss lost his place in the rankings. The exception was Dior, who returned to the rankings this year on the 89-th position.

Just this year the ranking includes the four freshman, and Hewlett Packard Enterprise (extracted from an old HP with Hewlett-Packard Co.) immediately took 44th place with an estimated brand value of more than $ 11 billion Actually brand HP (Hewlett-Packard Co.) located on 48th place ($ 10.4 billion). Closes this group and the table in General, the electric car manufacturer Tesla on the 100-th place with $ 4 billion.

Read also: Apple, Coca-Cola, Disney. Published a list of the most expensive and influential brands in the world

The aggregate value of the 100 leading global brands have increased in 2015 by 4.7% compared to the previous year, to $ 1 trillion 796 billion the United States became the absolute leaders of 52 of the company in the first hundred, Germany took 10 places, France – 8.

Interbrand takes into account in its calculations the financial results of companies, the impact of brands on consumer decisions about purchases and the ability of companies to provide income.