Ukraine is preparing to withdraw from the CIS – Klimkin 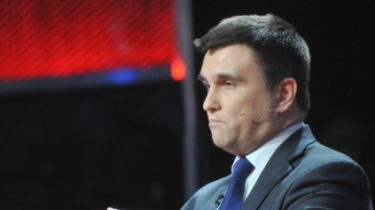 Ukraine is preparing to withdraw from the CIS – Klimkin

Foreign Minister calls himself a consistent supporter of leaving the Commonwealth.

Ukraine is studying the issue of withdrawal from the Commonwealth of independent States (SND).

The Minister of foreign Affairs of Ukraine Pavlo Klimkin said on the TV channel “112 Ukraine”.

“We are studying the question of output (CIS), we have several dozen agreements relating, for example, mutual recognition of diplomas, pensions, and we are now completing work that will allow us to settle these agreements. We very much hope that we can make the management of these agreements separately, and then the question will rise again. I’m a consistent supporter of withdrawal from the CIS”, – he said.

We will remind that on September 17, the Ukrainian foreign Ministry made a harsh statement concerning the actions of the CIS and opposed to the Russian presidency.