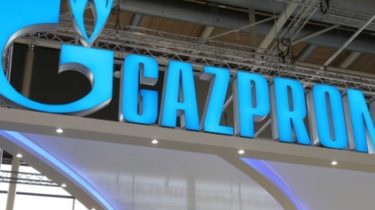 The Committee has already filed a lawsuit to the court.

Today, 5 October, the Antimonopoly Committee of Ukraine has submitted to economic court of Kiev the claim about compulsory collecting with “Gazprom” fine in almost 86 billion hryvnia.

It is reported by the AMC.

The claim also applies to penalty interest and commitment to implement the decision of the Committee concerning the termination of violations of Antimonopoly legislation of Ukraine.

It is reported that in January of this year, the Committee has fined “Gazprom” on 85,86 billion hryvnias for abuse of a monopoly position in the market of natural gas transit through the Ukrainian gas transportation system. The deadline for the Committee’s decision – 4 may 2016.

See also: “Gazprom” failed to cancel the penalty on 86 billion UAH in the Supreme court of Ukraine

We will remind, in August the Antimonopoly Committee of Ukraine said it was ready to help the court to make the Russian gas monopoly company “Gazprom” to pay imposed on the company in January of this year, a fine of 85 billion.

Earlier AMKU has fined “Gazprom” for abuse of monopoly position in transit via Ukraine by more than 85 billion. First Deputy Chairman of the Antimonopoly Committee of Ukraine Mariya Nizhnik noted that “Naftogaz of Ukraine” has the right to require double compensation from Gazprom for damages caused in connection with the monopoly violations during the transit of gas.