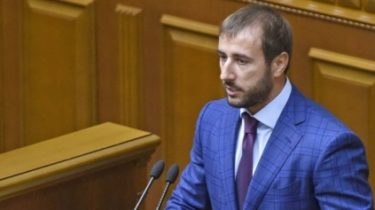 Serhiy Rybalka involved in the plant in the river, which produces the famous snacks.

Despite public hostility to offshore companies, members of the “Radical party of Oleh Liashko” you have the advantage of foreign jurisdictions. Journalists of the program “Schemes” found that the MP Serhiy Rybalka involved in the plant in the river that produces industrial products for the home – napkins, soap, trash bags, cleaning goods, and famous snacks – nuts, crackers, seeds. Part of the income of the Corporation, family Fishing will be transferred to Cypriot firms: they formally have issued virtually all of the company’s trademarks. This had a hand and the people’s Deputy, stated in the program.

Reporters noted that the MP Fishing elected on the list of Radical party of Oleg Lyashko, known officially as one of its sponsors.

The Corporation called the “S Group”. The head of its Supervisory Board – the brother of MP Dmitry Fishing. Snacks in the Corporation is engaged in LLC “Snack-Export”, whose owner is the father of the Deputy Victor Rybak. The MP Serhiy Rybalka before election in the Verkhovna Rada was officially an Advisor to the CEO on legal issues. And in the industrial group he was openly called a co-founder.

On the website of the State service for intellectual property stated that trademarks, brand which produce the popular line of roasted sunflower seeds TM “SEMKI” TM “SEMKI”, in 2006 Serhiy Rybalka personally registered at the Cyprus company Lagrion Limited.

At least until 2015 this Cyprus firm collecting royalties for the use of the name “SEEDS”, say the journalists. In addition, about three dozen brands Ukrainian snacks brought to the offshore, as well as several other related: pistachios “Macho”, “Red pistachio” and chips “Spud”.

In 2014, the concern of Fishing, according to the editorial, reported in the tax, paid at least 25 million hryvnias of royalties for the use of their own brands.

At the same time, in 2015 the amount was smaller: for example, the Cyprus-based owner of brands Lagrion Limited has received a little less than a million hryvnias of compensation, but the firm’s report is not filed, so the full amount is not counted.

Last year found a “Pattern” almost all the brands of the company were transferred to a new offshore Dianatus Management Limited, similar to the previous one. Journalists believe that the real economic activities, in this case, most likely it is not and it can be easily traced.

“In Cyprus you can get the services of the nominee company, this is a contract between the nominee and the actual owner of the management of this company, but we can’t see”, – said the lawyer of the Center of counteraction of corruption Olga Veretelnik.

Journalists called it a “typical pattern”: when companies take money in the form of royalties abroad for your offshore company, reporting on this to the tax as expenditure; this automatically reduces the company’s profit and therefore to pay taxes to the budget of Ukraine should be less.

“Schema” asked Fishing about the motives at the time of registration of their own inventions – trademarks – on an unknown Cypriot company with fictitiousness signs. In response to a written request, he acknowledged that the said trademark belonged to him, but now their fate he does not know.

“Indeed, in early 2008 was the transfer of two trademarks “Semko” and “Easy” the property of a foreign company, because it was assumed their use on the territory of the European Union. But due to various reasons, including because of the global economic crisis, the work plans in Europe have been significantly revised. So, as far as I know, these two brands since you no longer use, and have neither to me nor to the company that has a direct bearing on my family nothing,” – said in response to the request.

Meanwhile, journalists said, a Cyprus company Dianatus Management Limited in the future is the sole owner of the brand “SEMYON”, and 39 more brands that now in Ukraine the firm uses family Fishing.

Thus it turned out that the family of the Deputy of the Fishing, which is funded by the RPL, and he uses an offshore jurisdiction, sending abroad a portion of the proceeds collected from the Ukrainians. As assured the leader of the party Oleg Lyashko, the links with offshore companies to his sponsor and colleague he didn’t know and take appropriate action, if the facts are true.

At the same time the Fishing in the denial released by his press office, said that “never used offshore companies, as erroneously stated in the story.” He noted that since the election to the Verkhovna Rada of Ukraine does not own and is not related to the management of any company, and all income declared in accordance with applicable law, and do not have to know all the details of the business of the members of his own family.

Fishing is also stated that information on trademarks “Semko” and “Easy”, which previously had been requested from him by the journalists, came allegedly distorted and untrue. He argues that journalists beguiled the concept of “royalty, which is constantly monitored by the tax authorities, revenue or profit.” He added that the company “Snack Export”, owned by his father, pays “all the taxes here in Ukraine.”

Regarding the registration of trademarks abroad, he explained that he took such a step, because in Ukraine to protect the property “absolutely impossible”.

See also: Lawyers of the President explained what was wrong journalists in the investigation of the offshore Poroshenko

We will remind, in April the Faction of the Radical party demanded to convene an extraordinary session of Parliament to begin procedure of impeachment of the President of Ukraine Petro Poroshenko and the Parliament create a Special temporary Commission of inquiry to investigate the facts of the existence of “secret offshore companies and accounts Poroshenko”. In the spring of Mossack Fonseca leaked the documents that became the basis for a high-profile international investigative journalism about the award-winning owners of large offshore. Among them, in particular, were published about the President. Lawyers and his company claimed that during financial transactions, foreign Bank accounts the President has not been opened, “cash flow was not, and the transfer of shares took place in the framework of the procedures for the transfer of the assets of Peter Poroshenko to the trust property of the company Rothschild”.