Distributed Parliament, on the contrary, the security forces and officials, and took the teachers and orphans 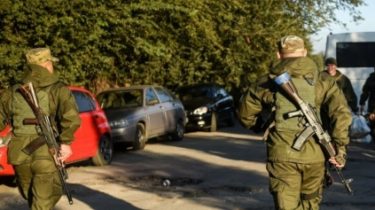 Distributed Parliament, on the contrary, the security forces and officials, and took the teachers and orphans

The Parliament adopted amendments to the state budget for 2016.

Today, October 6, the Verkhovna Rada adopted amendments to the state budget for 2016 – in the same took their money, and others added. In particular, on the security agencies sent an additional UAH 7.1 bn. Took the money in education, Finance, investment and social benefits.

See also: MES announced how much it will cost to raise the salaries of teachers

Additional UAH 7.1 bn on defence and security 6.3 billion UAH will be directed to the cash collateral. The defense Ministry received UAH 3.8 bn, the Main intelligence Directorate of the Ministry of defence – UAH 175 million, the national police – 2.4 billion UAH, the State border service and other security agencies 782,7 million UAH, the security service – 128,5 million, the Department of state protection of 51 million UAH.

MPs has also increased by 1.5 billion UAH of expenses on labour costs (charges) of employees of Central Executive authorities, local administrations and foreign diplomatic institutions of Ukraine. It is provided by the new law “On civil service”, which entered into force six months ago.

For the protection of the rights and interests of Ukraine during the settlement of disputes consideration in the foreign jurisdictional authorities cases participation of a foreign entity and Ukraine – an additional 90 million UAH.

On the diagnosis and treatment of diseases with the introduction of experimental and new medical technologies, specialized consultative care is provided to research institutions of National Academy of medical Sciences of Ukraine, 35 million UAH.

The development of physical culture and sports of higher achievements and sports reserve – 8 million UAH. This money will pay prize money to the medal winners of the Olympic games and Paralympic games in Rio.

On modernization and upgrade of material-technical base of vocational education institutions of state ownership to allocate 50 million UAH. And to carry out works related to creation and functioning of centers providing administrative services in the format of “Transparent office” in Kharkiv – UAH 20.1 million.

Uman ‘ of Cherkasy region on the implementation of activities on socio-economic development of certain territories will receive 15 million UAH.

At the same time reduced the expenditures of the General Fund budget:

– performing debt and guarantee liabilities by 8.5 billion UAH (in connection with budget savings);

See also: the state budget has returned a total of 0.001% confiscated from corrupt means

– subvention for the payment of the state social help on children-orphans and children deprived of parental care, cash security to parents-caregivers and adoptive parents according to the principle “money follows the child” of 14 million UAH.

Also temporarily reallocate 1 billion 160 million UAH from the funds provided for local budgets of settlements of the Donetsk and Lugansk regions. Because in these areas the state authorities temporarily do not exercise their powers, the money was taken out.

On the draft state budget of Ukraine for 2017, to whom and how many billions plans to allocate the government from the state Treasury, read on Dnia this link.