Feigin said about the conditions Sushchenko in Russia 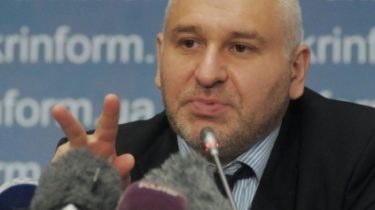 Feigin said about the conditions Sushchenko in Russia

A neighbor captured journalist Sushchenko was convicted in the case of “Hizb-ut-Tahrir”.

Captive Ukrainian journalist Roman Sushchenko put in a double chamber where his roommate was one of those convicted in the so-called “Hizb-ut-Tahrir”.

Wrote about this on his Twitter page, his lawyer mark Feigin.

“Roman Sushchenko in Lefortovo in a double cell with a neighbor. A neighbor of the convicted on the case of Hizb-ut-Tahrir. In the chamber the Novel refrigerator, a TV and a radio. On Sunday, the journalist from Paris Sushchenko saw the transfer Kiselev,” he said.

Separately Feigin conveyed thanks for support from Sushchenko.

“Sends greetings to all, thanks for the support especially journalists. The scale of this support, it really cheered,” added the lawyer.

Journalist Roman Sushchenko can exchange for a detainee recently in Exactly the agent of the main intelligence Directorate of the General staff of the Armed forces of the Russian Federation.