In Kiev, the three robbers with a gun robbed the place in the “Children’s world” 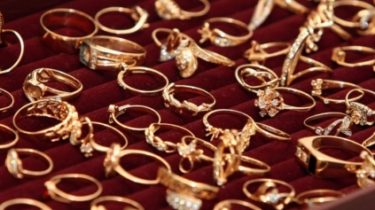 In Kiev, the three robbers with a gun robbed the place in the “Children’s world”

In the district of Darnytsia in Kiev there was a robbery of a jewelry store. The attackers were three of them somewhere for 30 years, were all in black masks. One was holding the subject similar to the gun. He threatened the 52-year-old saleswoman. The robbers jumped through the window, broke the glass and stole several tablets with jewelry. Then disappeared in an unknown direction.

It is reported by the Department of communication of the police of Kiev. 112.ua clarifies that the jewelry Department is located in the shopping center “Children’s world”.

We will remind, the house ex-the football player of “Dynamo” was robbed twice in two weeks.