In Scotland, a hacker hacked into the iCloud of at least 20 women and posted their private photos online 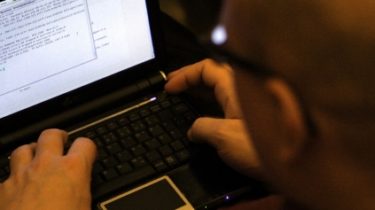 In Scotland, a hacker hacked into the iCloud of at least 20 women and posted their private photos online

Because of this, women become victims of angry and insulting comments of users of the Network.

In Scotland a hacker stole intimate photos of at least 20 young women and posted them online, which women were the victims of ridicule and accusations of users of the Network. Reported by the Mirror.

The attacker broke into the accounts іCloud girls and found intimate photos, which were intended only for partners of the victims. The hacker then posted the photo on a popular web site sharing files. The photo is actively spread in social networks.

See also: APTLD is looking for a team of hacker

The police, in turn, said that it can not delete photos from web pages where they are located, as these sites are established in foreign countries. However, the application will give the Department, which fights cybercrime, and will also contact Apple in an attempt to track down the hacker.

Because of the incident, the girls were victims of attacks users of social networks. So, they wrote that they are disgusting, called prostitutes. Women noted that they felt humiliated after finding out that their intimate photos published somewhere.

See also: Hackers have uploaded the third part of the WADA anti-doping database

Most of the victims never heard about the website on which were posted photos. On the publication of their pictures they had learned casually from friends.

We will remind, earlier Yahoo announced a large-scale hacking attack that occurred in 2014. Then the intruders had compromised the accounts of about 500 million users. Cybercriminals could steal their names, email addresses, telephone numbers, dates of birth and encrypted passwords.