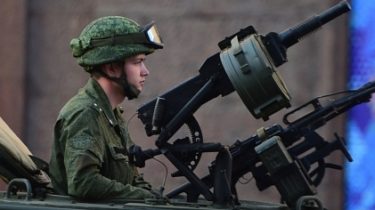 According to the Ukrainian fighters, at least three soldiers were killed.

For the past day in the area ATO in the Donbas were killed, three soldiers of the Russian Federation.

About the Department of intelligence of the defense Ministry of Ukraine reported on his page in Facebook.

“Another loss of personnel of the armed forces in the East of Ukraine for the day amounted to three soldiers killed and 12 wounded”, – stated in the message.

According to scouts, the losses suffered by the 11th (Makiyivka) and 6th (Stakhanov) separate motorized rifle regiments 1 and 2 of the army corps.

Recall that the militants continue to violate the “silence mode” in all directions. The enemy during the day, 40 times violated the ceasefire.