In Sweden called the deployment of “Iskander” near Kaliningrad provocation 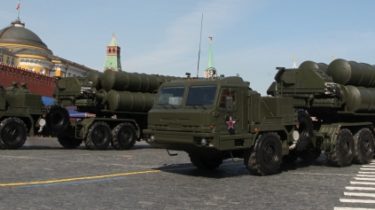 In Sweden called the deployment of “Iskander” near Kaliningrad provocation

The buildup of Russian military power can be viewed as one way to demonstrate the desire to strengthen its military position in the region.

The Swedish government has criticized the transfer of Russian missile complexes “Iskander-M” in the Kaliningrad region.

This was stated by Minister of defense Peter hultquist, writes Dagens Nyheter.

“We see this as a provocative signal policy because it exacerbates the situation in the Baltic region. Especially when we are talking about the possible carriers of nuclear warheads”, he said.

Hultquist believes that the capacity of Russia’s military might can be seen as one way to demonstrate the desire to strengthen its military position in the region, reports RIA Novosti.

“I don’t want to speculate about the threat. The military potential is one thing. Political will — other”, — concluded the Minister.

That Russia throws “Iskander” in the Kaliningrad region, became known on 8 October from the reports of the Estonian media. Later, the Russian defense Ministry officially confirmed this information. The representative of the Ministry Igor Konashenkov said that the defense Ministry has repeatedly deployed “Iskander” in the Kaliningrad region and intends to do so in the future “in the framework of combat training”.

In particular, in the Kaliningrad oblast between Poland and Lithuania. First this was reported by sources in the us intelligence community, and subsequently confirmed in the defense Ministry. They said that missiles near Kaliningrad was transferred more than once, and will do so in the future within combat training.