Merkel called for a joint dinner of the leaders “channel four” 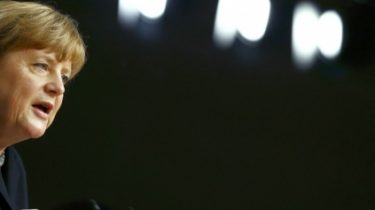 Merkel called for a joint dinner of the leaders “channel four”

The meeting will be held in the capital of Germany.

German Chancellor Angela Merkel invited the leaders of “Norman Quartet” at the dinner, scheduled in Berlin on October 19.

This was stated by Russian Ambassador to France Alexander Orlov in broadcast radio Europe 1, writes “Interfax”.

“Yes, it is. Merkel has invited the three leaders of the “channel format” at the dinner on October 19 in Berlin,” he said.

See also: Ukraine did not agreed to participate in the meeting, “Norman Quartet” on 19 October – media

Probably talking about the President of Ukraine Petro Poroshenko, the head of the Russian Federation Vladimir Putin and French President Francois Hollande.

Earlier, the press Secretary of the President of Russia Vladimir Putin Dmitry Peskov said that now is preparing for the meeting “channel four” on the settlement of the situation in Ukraine.