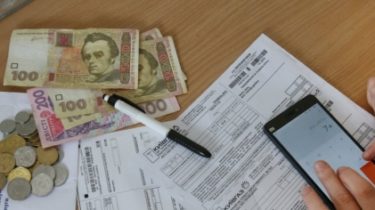 The Ministry of social policy to develop a mechanism of monetization of unused subsidies.

The state budget, which lacks funds, decided to fill up by the unused amounts of the subsidies in the past heating season.

“Given the budgetary constraints, the unused amount of the subsidy – all of which exceeded the cost of 100 cubic metres or 150 kilowatts of electricity – this year will be returned to the state budget”, – stated in the message of the Ministry of social policy.

The Agency explained that “social norms of consumption of services, which provides the subsidy, could not meet the real consumption of services in the last heating period (2015-2016) at the expense of the grantees formed the amount of unused grants in the amount of more than UAH 10 billion. Because of this, the government was forced to adjust to the social norm closer to actual consumption. So, a social requirement for heating is reduced to 5.5 cubic meters of gas per square meter of heated area”.

See also: Who will receive subsidies and when the money compensates. Answers from Groisman

Also the Ministry of social policy reported that saved families on the subsidy funds will remain in the accounts of the people only within a single heating period.

“If the family uses less gas than established social norm, the savings will be made in future payments, including mandatory fees for municipal services. Hence, the value of gas not consumed during the warmer months of the heating period can be used in case of excess of the norms during the cold period. For example, if the family in November have consumed 100 cubic meters of gas less than usual, the amount of gas she can use in the colder months, such as in January”, – explained in the Ministry of social policy.

After completion of the heating season in Ukraine officially runs from 1 October to 30 April, the accounts of recipients of subsidies will only retain amounts not exceeding the cost of 100 cubic metres or 150 kilowatts of electricity (depending on what heat the house). Amounts over this level will return to the state budget. But the amount that will be less than these standards promise to monetize. That is, would pay money as a reward for energy efficiency.

Recall that the utility “letter of happiness” accrued subsidies to Ukrainians supposed to do in October.