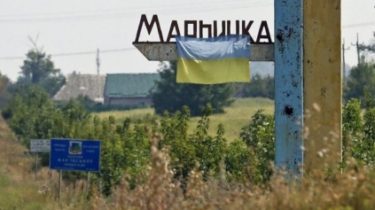 Now the victim is in the hospital in the city of Kurakhovo.

In Marinka in the explosion of a shell suffered 63-the summer woman. With shrapnel wounds to the face, the victim hospitalized in Kurakhovo.

It is reported Maryinsky police Department in Donetsk region.

It was established that time a resident of Maryinka lived in the Maksimilyanovka, but sometimes visits to a private room, which was on the outskirts of the city. When the woman was in the yard, there was a strong explosion in which result the victim received injuries to the face.

Open criminal proceedings under articles 15 and 115 part 2 (Attempted premeditated murder) of the Criminal code of Ukraine.

We will remind that earlier as a result of powerful explosion in Donetsk killed one person.

The incident occurred on the street. 25 years of the red army, 7. It is noted that the shell blew up after unidentified persons started his “pick”.