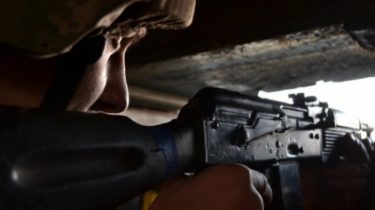 At the same time in the Dnipropetrovsk regional hospital is asking all concerned to become donors.

As a result of night shelling in the occupied Donbas one fighter ATO received a severe wound, three – light.

According to TSN, all four of the guys a few hours ago was operated on the doctors Avdiivka hospital and sent to the hospital.

See also: Military compared to the situation at the front, with the hottest days of war

Avdiivka an industrial zone the night before, militants fired mortars is prohibited caliber. Closer to the night there the positions of the Ukrainian military beat also of the artillery 152-caliber. Under constant fire fighters is and Marinka. There, according to TSN, the position of the soldiers and houses, the enemy fired the BMP from three directions.

At the same time in the Dnipropetrovsk regional hospital is asking all concerned to donate: wounded soldiers need blood. Today, October 12, in the surgical building will operate multiple operating for those wishing to donate blood. Need all groups, but especially the blood with negative RH.

Doctors say that sometimes for the sake of one life you need multiple transfusions. Only for the last day of the zone ATO in the Dnieper delivered five seriously wounded. Now they are all in intensive care.

The hardest thing was in the sector of “Mariupol”, especially in the vicinity of the seaside city. Heavy artillery rattled these days and Luhansk. From the occupied Pervomaisk terrorists beat on the site Popasnaya-Novozvanovka-Novoaleksandrovka mainly from the arts of the caliber of 122 millimeters. However, intelligence reports that militants allegedly planning to withdraw its groups from the Village Lugansk.