Radiation scrap metal: the media found out how to earn money on the contaminated pipes from Chernobyl 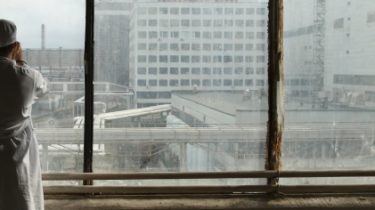 Radiation scrap metal: the media found out how to earn money on the contaminated pipes from Chernobyl

Natspolitsiya began pre-trial investigation against the leadership of the CNPP.

The media managed to figure out how state officials enriched by the sale of radiation-contaminated pipes from Chernobyl.

In 2012 a contract was signed for 45 million UAH for the dismantling of the turbine hall between Chernobyl and private enterprise “Promoted”, the article says Economic truth. Two more of the tender — UAH 2.8 million and 1.09 million UAH for the removal of metal object Rassokha and main heating system for the Pripyat river was held in late 2012. Here the winner was Ooometresurs. The third tender, by 63.6 million UAH, in 2015, won open company “Metal service plus”. The company dismantles structures of the turbine hall of the second block of the Chernobyl NPP.

See also: the Cameraman who shot the first hours of the Chernobyl disaster, two years fighting for a pension

Journalists were able to establish that all these companies are linked. So, the founder of “Promoted” Vadim Reznichenko was the founder of the “Metresurs” together with Andrey Orlovsky. They founded it in 2002, making the statutory Fund average 5,5 thousand UAH. Both firms are registered in Ivankiv, Kiev region.

When a third company “Metal service plus” — has won the latest tender Chernobyl, the dismantling of the halls, her leadership was mentioned Orlovsky, who led the company before that Igor Storozhik moved to Ooometresurs. In addition, the books of all three companies conducted by one and the same person.

The Chernobyl argue that this is not surprising, since such work could be done by a few companies. The CEO of the station Igor Gramotkin says that the business partners are often competitors.

In the summer of 2016 Natspolitsiya began pre-trial investigation against the leadership of the CNPP. CEO Igor Gramotkin suspect in the embezzlement of public funds in especially large sizes — more than 80 million UAH. During a recent inspection, Gosudarja found to be missing metal in the warehouses of Chernobyl.

See photos: the Portraits, the lamps, and meetings in Ukraine and Belarus celebrated the 30th anniversary of the Chernobyl disaster

Under the terms of the contracts, all dismantled by private companies, the scrap must be returned to the SSE “Chornobyl NPP”. As revealed by the auditors, the total weight of the equipment being dismantled — about 12 thousand tons, of which SSE “Chornobyl NPP” has gotten back only 5 tons of scrap.

SSE “Chornobyl NPP” explains that 7 thousand tons of scrap allegedly buried because of contamination. The auditors also point out that the supporting documents are not received. “This may indicate a possible realization of the said scrap, the market value of which is about 50 million UAH,” they concluded. Gramotkin says that the inspection reports received from the auditors of the SOE, and the charges that Gosudarstva was posted on the website do not correspond to each other.

Gramotkin says that the car with the contaminated metal can’t travel outside of the exclusion zone for multistage control. However, point “Yagodin” in March 2016, was detained a car carrying from Ukraine to Poland 20 tons of pipes of copper-Nickel alloy. The goods has not passed to the environmental and radiation control. The sender was Ukrainian company “TD “Standard plus”. The recipient of the German Export Consulting ltd. As it turned out, the pipe was removed from the engine rooms of the first and second power units of the Chernobyl NPP.

The Director of the Chernobyl with the certificate of inspection does not agree and considers that the car “slipped” mud with radiation.

To sell metal, CNPP appeals to the Agency for exclusion zone management for permission and hires a company that needs to assess the metal and install it the price. Metal can not be sold below the appraised value. According to the only lot, who managed to find the journalists (the others, according to representatives of ChNPP and the stock exchange, in summer, were seized by the police), cost of 50 tons of pipes b/y equal to 2,238 million UAH, or about 44.7 per UAH per kg. the companies selling tubes, they say that this is a rare position in copper, and usually the prices are much higher.

See also: the Number of victims of Chernobyl in the hundreds of thousands – Poroshenko

In the pre-trial investigation of the national police said that the scrap was carried out at low prices the already mentioned “TD “Standard-plus”, the goods which were detained at the border, as well as companies “Smesme”, “Pleskach”, “Mirokon”, “Megamet”, “Progressgroup” and “Katekh-electro”. The consequence considers that they are connected with owned by Reznichenko and selected companies, who were engaged in dismantling, the article says.

Journalists also point to the relationship Director disaster with companies that are engaged in the dismantling. So, the son Gramotkin — Philippe worked in the company “Metal service plus” Deputy Director.

According to the source from the interior Ministry, the investigation suspects Gramotkin in the organization scheme for the export of metal and misappropriation of money with companies Orlowski and Reznichenko.

The investigation indicates that pipe on the “Yahotyn” is not the only detained by Nicoletia batch of pipes from Chernobyl. So, in April, 19 APR 2016 firm “Contract-cable” agreed to by “TD “Standard plus” 500 tons of copper-Nickel tubes in the amount of 31.9 million, but the company bought only the first part 137,9 tons of pipes for a total amount of 8.8 million UAH.

See photos: a New life. In Chernobyl appeared spectacular mural to mark the anniversary of the tragedy

In the future, “Contract-cable” contract for the storage of this metal entered into a firm “Katekh-electro”. Tubes kept in the village kotsyubinskoe near Kiev. In may 2016 in the framework of the initiated against the Director of the Chernobyl NPP investigation Natspolitsiya arrested and seized the pipes. After this incident, the Director of “Contact cable” wrote a statement to the Prosecutor.

After the arrest of the tubes were transferred to the answer-keeping in the territory belonging to the company “Firm “Agromodvita” fur fly.

“There’s scrap metal began to happen strange things: first, he was taken in an unknown direction, then brought back, only the pipes after that, it became to 90 tons less. Where did they go, is still unknown. The Kiev Prosecutor’s office filed charges to the Director “Agromodvita”, – noted journalists.

The Prosecutor’s office accuses Netpolicy of negligence, inaction and extortion. Later, the court ordered the GSP of national police to return seized during the search of the stock pipe. The remaining tubes were withdrawn by the Prosecutor’s office in Kiev together with SBU this fall. However, it is unknown where they are now. According to the examination, this scrap was also contaminated.

Read also: US will provide Ukraine an additional $ 10 million in the shelter over the Chernobyl nuclear power plant

“Recently “tube” the case of the national police withdrew the GPU. And now the plant management, the Prosecutor’s office and Netpolice accuse each other of corruption, claiming themselves to corruption isn’t involved”, – noted in the investigation.