Four-star U.S. General has arrived in Kyiv to help change the Ukrainian army 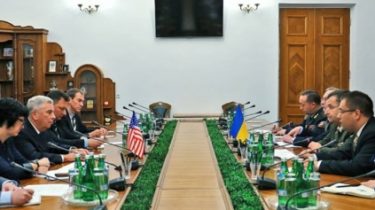 Four-star U.S. General has arrived in Kyiv to help change the Ukrainian army

John Abizaid be an Advisor of Minister of defence of Ukraine.

About this on his page in Facebook said the Minister of defence of Ukraine Stepan Poltorak.

General Abizaid will be a strategic adviser to the Poltorak. During the meeting they discussed the progress of military reform in Ukraine, the main achievements and future objectives and work plan of Abizaid in the near future.

See also: Poltorak said, what is the lethal weapon to Ukraine can receive from USA

The American General assured that he is ready to help the Ministry of defense of Ukraine in all endeavors that aim to build a strong and efficient army, and commended what has been done in this direction.

In addition, he noted that the difference between an army that was two years ago, and today the Ukrainian army is obvious.