New “arithmetic” gaffe Klitschko: the mayor was not able to put simple numbers 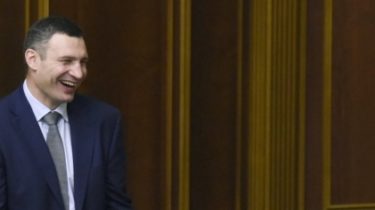 New “arithmetic” gaffe Klitschko: the mayor was not able to put simple numbers

The mayor could not count the number of snow-removal equipment.

The mayor of Kiev Vitali Klitschko once again gave the “arithmetic” gaffe. In a live broadcast on Ukrainian television, he incorrectly folded 3 and 13.

In response to the question about preparation for winter in the capital, the mayor could not count the number of snow-removal equipment.

“I also want to note that we received assistance from the Federal Republic of Germany. Today I met the 15 cars that were at the customs, 13 of which MAN, 3 Mercedes,” told the mayor.

In the video, “arithmetic” gaffe Klitschko can be seen after 1 minute 40 seconds.

Earlier, TSN.ia have prepared a test with the most popular confusion of mayor of the capital Vitali Klitschko. Try to finish the funny statements of the mayor of Kiev.