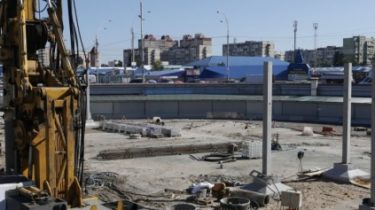 In KSCA called the Builder the winner of the public hearings regarding the construction of SEC.

At the public hearings on construction of shopping center above the metro station “Heroes of Dnepr” in Kiev, which took place on September 29, allegedly won by the developer.

The corresponding Protocol was published by the press service of the KSCA on its official website.

As they say on the fourth sheet of the Protocol, 94 voted against – 7.

In turn, the representative of the initiative group Oksana Karpenko immediately after the public hearings, which were held on the street, because the premises of the school where it was planned to gather, could not accommodate all wishing to take part in the event, reported that more than 300 people voted against the Mall and only one participant in the hearings spoke in favor of the construction. According to her, the decision is issued in a Protocol to be signed and submitted to the KSCA.

The mayor of Kiev Vitali Klitschko said that work on the “Heroes of Dnepr” are planned and aimed at strengthening the subway station.