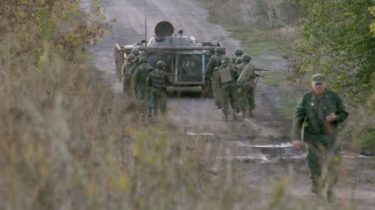 Ukrainian military remain on the ground.

The militants took up positions near the settlement Water in the direction of Mariupol – Ukrainian military remain in their places, and no transfer of waste is not fixed.

About this on air of Gromadsky said the press-Secretary of the operational-tactical group “Mariupol”, Alexander Kindsfater.

“The strategic initiative remains with the Ukrainian units. All attempts of aggravation of the situation, militants remain unanswered. In Mariupol direction were 15 attacks on Ukrainian positions”, — he said.

See also: Mortar fire near the Water and grenade attack near the Village of Lugansk. Digest ATO

Recall that the Ukrainian intelligence has reported that as a result of fire fighting units of the 1st infantry battalion 9 infantry regiment, separate assault Marines (Novoazovsk) 1 AK (Donetsk) of the armed forces took up positions near the settlement Vodyanoye. Fire cover was provided by the crews of the mortar batteries, armored group from the battalion and sniper pairs.

In the result of fire fighting units of the naval infantry of fighters with assistance of the armed forces took positions near the settlement Water. Their cover was provided by the mortar battery, snipers and armored vehicles. The enemy continues to violate the ceasefire. The talakovka and Shirokino, on the eve gunmen opened fire from howitzers.