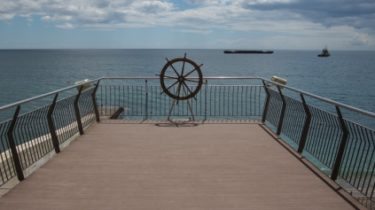 The official visit will last from 14 to 16 October.

This was reported RIA Novosti the Chairman of the Board of “Yalta international economic forum”, Andrei Nazarov.

According to him, the delegation “included the Italian policies of the regional and national level that advocate for the lifting of sanctions and recognition of the results of the Crimean “referendum”, as well as representatives of big business.

“They have a rich program: meeting the “first people” of the Republic of Crimea and Sevastopol, signing of agreements, business negotiations, familiarity with the work of enterprises and implemented in the Crimea business projects”, — said Nazarov.

The official visit will last from 14 to 16 October.

See also: Another Italian region adopted a resolution on cancellation of sanctions against Russia

We will remind that earlier the Deputy of the national Assembly of France Thierry Mariani, at the head of which the French delegation visited the Russian-occupied Crimea, said that the West’s time to accept the fact that “reunification of the Crimea with Russia”.

As you know, Thierry Mariani remains one of the main supporters of the Russian political regime headed by Putin in the French national Assembly and PACE. In April 2016 he is the author of the controversial resolution on the abolition of the EU sanctions against Russia in the national Assembly of France. At the end of July 2015 his delegation of ten parliamentarians visited the occupied Crimea. In this regard, 30 Jul 2015 SBU forbade them all to three years of entry into Ukraine.

We will remind that the visit of the French delegation on the annexed Peninsula has become known on July 29. As reported by the occupation authorities of the Crimea, at the head of the delegation arrived the Deputy of the national Assembly of France Thierry Mariani. They visited the memorial to the victims of the Nazi occupation of the Crimea, the concentration Camp “Red” and laid flowers to the eternal flame.

The Ministry of foreign Affairs of Ukraine strongly condemned the visit of the French deputies in the Crimea.

Italy opposed the extension of sanctions against Russia

This was reported by Polish radio with reference to own sources. According to the publication, Rome demands to hold a debate on restrictions against Moscow – during a European Union summit next week. According to other media reports, Italy was also supported by Austria and Hungary. The EU, US and some other countries imposed sanctions against Russia after the annexation of Crimea.