In Krasnogorovka tracked military vehicle ran over a woman – OSCE 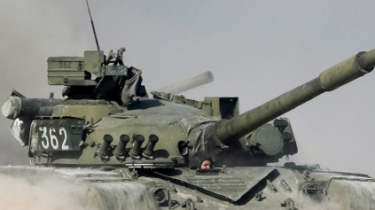 In Krasnogorovka tracked military vehicle ran over a woman – OSCE

The incident occurred a week ago.

In Krasnogorovka of Donetsk region, which is under the control of the government, tracked military vehicle ran over a 40-year-old woman.

About it it is spoken in the report of the monitoring mission of the OSCE, UNIAN reports.

October 11, observers saw the remains of a woman in the local morgue. According to the doctor, she died from her injuries after she was run over an army vehicle.

Read also: In Kharkov, the mixer crushed to death an elderly woman

A relative of the deceased woman said that this incident occurred on the evening of 7 October, when she and her son and the deceased was walking home. When women and child heard the sound of approaching tanks and other military equipment, they fled in different directions.